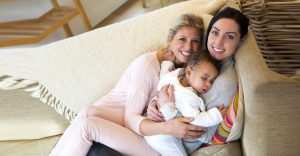 A single parent is a person who parents a child all by himself or herself and stays responsible for all the financial, material, and psychological needs of the child without asking for cooperation from another person. It is quite different from the co-parenting as here there would be no other person helping or assisting the person in the parenting of the child. Still there isn’t a complete definition of the term “Single parenting” and everything that’s available around is simply based on general perceptions. Some of the other situations like demise of the partner, intended artificial insemination, or unplanned pregnancy also lead to Single parenting.

Quite recently, there have been a number of incidents around where a single woman has decided to get pregnant at her own will (also termed as “Choice Moms”).  Moreover, when these single women wish to get pregnant, they often look for an anonymous or known sperm donor who can help them in the same process. There are other arrangements like single parent adoption and people can also look up for fostering a child in order to cherish the feeling of raising a child by their own.

Single parenting has become a raging trend in the past few years and we can witness an upsurge in the number of cases where the kids are spending their times in single parent homes Earlier this trend was mostly visible in USA but in a matter of just few years, it has reached almost every other country around the world. Although it’s still a matter of debate whether the financial situation of the single mothers is taken into account during the same arrangement, it is mostly been appreciated and encouraged worldwide. On the other hand, the same case attracts less argument and objection in the western European countries in the wake of better and strong social benefits for most of the families around.